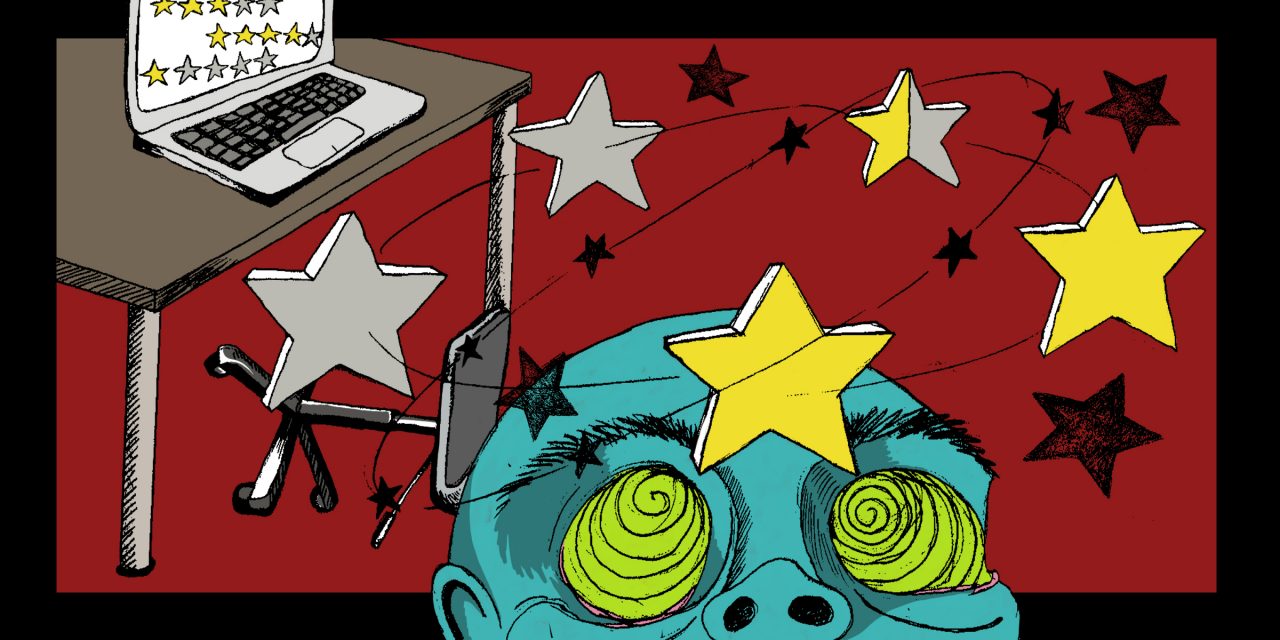 Let’s set the scene, shall we? A brand-new film has just come out and you want to know if it’s worth the price of submission, or under current circumstances simply your time. Unwilling to push the boat out and take the risk of forming your own opinion, you decide that the best course of action is to read a handy dandy review – it’s quicker and easier right? But these are like so hard to read, they have like, words, grammar, and sometimes even punctuation – this is totally not your style at all.

Fear not! For there is a much simpler solution at hand, that doesn’t contain any of those nasty words, grammar, or profusely preposterous pieces of punctuation. Just a few numbers – that’s it.

Yes, I am of course talking about the beloved TLDR of the review world, the numerical rating scale. Consisting of a number(s) that enigmatically represent how good or bad a piece of film is when compared to another number. Surely this is the perfect way for anyone to find out about the quality of any form of entertainment?

While using a number to rate something does indeed make a lot of sense, I still find the whole practice thoroughly confusing. It is a flawed system that, much like communism, works well on paper, but never in practice.

Take rating something out of five. It is simply too small of a number to accurately, or fully, express one’s opinion on a piece of work. While a 2/5 appears to suggest that something has gone horribly wrong and that the work in question is a complete failure, we often view a score of 3/5 as a sign of a pretty decent and above average attempt at filmmaking.

Ultimately, there is no real middle ground or reason for a rating to be out of five – it is both arbitrary and restrictive.

Some might suggest that introducing a decimal system to the one-to-five rating scale could allow for a less restrictive rating scheme, in which critiques can offer a more balanced and expressive position, rather than leaping from the worst piece of shit ever to a masterpiece through the addition of a single digit.

However, this isn’t perfect either. I mean, if we’re trying to keep things as simple as possible here – do we really want to have decimal points involved… that’s almost like punctuation and we can all agree that’s rather pernicious.

The big deal here, is that even a rating scale of ten still doesn’t do a film review any justice.  It’s still just not specific enough. If I were to see, without any context, that a movie was a 6/10, I would have no idea what that number actually meant. What about it is 6/10? Why is it 6/10? Is it an absolutely impeccable movie in each and every aspect except the cinematography, which is absolute trash, and consequently evens out to a six?

Personally, I don’t put much thought into the aesthetic of a movie. I watch films, for their narratives and the quality of how these stories are told. Costumes, colour palettes, framing, etc. I barely notice these factors.

So, if I see this hypothetical review, I could assume that the movie isn’t really that good and would give it a pass. However, in reality I would either not notice (or care) that the movie has a boring colour pallet and is out of focus half the time… I would be too busy thinking about the writing, acting, and editing.

My point here is that the number on its own is meaningless. I have no real idea as to what warrants this number, I don’t know what this specific reviewer values, or what they think makes a film of quality. A seasoned critic, who has seen everything from El Topo to the latest Marvel film, may consider a score under seven to be something which is not worth your time, whereas the amateur, who still thinks that Edgar Wright is underground and indie director, might over or under value a particular film due to their lack of knowledge.

We too must consider that everyone has their own unique experience with each film; it is after all an art. So personal is this experience, that we as an audience of their review are not necessarily aware as to what factors they value most.

They might think that a movie should be judged on the story it tells, how it makes one feel, and the messages it conveys. If a filmmaker is able to pull at the heartstrings of the person watching, who has experienced (or is still experiencing) the subject matter shown in the film, they will almost certainly have a very different reaction to those who have never experienced these events or emotions.

A technically shoddy film, which has no real structure, sloppy camera work, continuity errors, and uninspired editing, can therefore still be viewed as a piece of art to someone, so long as they are able to connect with the characters and narrative of the film.

However, there are those who value the technical aspects of film as much, if not more so, than the emotions they make us feel or the story that they tell. For these individuals, a film would need to have interesting cinematography, following Syd Field’s paradigm to a tee, have the dialogue be tight, precise, and anorexic (that is to say without any fat), and have every shot be the optimal length, with each cut being absolutely necessary. For them, the message of the story is secondary; this reviewer has a film studies degree and wants everyone to know it.

Without reading the body of the review or knowing the history of the specific reviewer, you have no way of comprehending what a 7/10 means. This is what I don’t like. I don’t like the uncertainty of it, I don’t like how easy people can be to manipulate, and how quickly people can form opinions without having all the facts.

It’s not that these sorts of reviews are being purposefully dishonest or even that I don’t personally look at the numerical rating of a film.

No, none of these things are why I have written this article. I write this because I would like to propose an alternate system, one that the whole community can come together on and amicably agree is the best way to rate films.

I really did want to end this with a ground-breaking idea that would send waves throughout the industry… no more shall there be snubs at the Oscars, for this system is so flawless that each and every film will be looked at and rated on a uniform scale to ensure maximum equality.

However, the only solution I can see to these issues is a totalitarian based system, wherein all critics hold the same values for what makes a good film. This way you can know for sure that no matter the review you read, it will hold the same values and measure the quality of a film to the same standards too the last detail.

This of course would never work… It would simply suck all personality out of the review and create a world in which a Supreme Leader of film critics would almost certainly exist; they would determine the values each film should be valued upon and create little need for other critics.

Personality is ultimately the thing that draws one to a review, and to take that away would not only be cruel but a disservice to the reader and the purpose of film making.

Unfortunately, it seems like the perfect system is unachievable for some time yet. My comparison of the rating system to communism wasn’t just an incredibly witty quip (although I’m sure we can all agree that it was hilarious) but a comment apt on multiple levels.

Anyone can think of a utopia; one in which everyone is treated equally, and all people can come together as one, however, it is much more difficult for this to be executed well, if at all. Even flawless plans have flaws and once a system has been established it can be very difficult to maintain it, or eventually have it overturned to create a new one.

Disappointingly, I really don’t think there is much of an alternative to what we already have. People are people and they’ll do as they desire. If someone wants to read an entire article to find out the exact specifics of what make a particular movie good or bad, then they will do so. If someone just wants a rough idea of what someone thinks of a movie, then they will just examine the number attached to it and at the end of the day that’s fine.

There’s no point in worrying over something this small. Quite frankly we should be concerned about  the bigger issue’s at hand like world hunger… Or the price of a Freddo… Or even better, if we can solve world hunger by making Freddo’s cheaper. 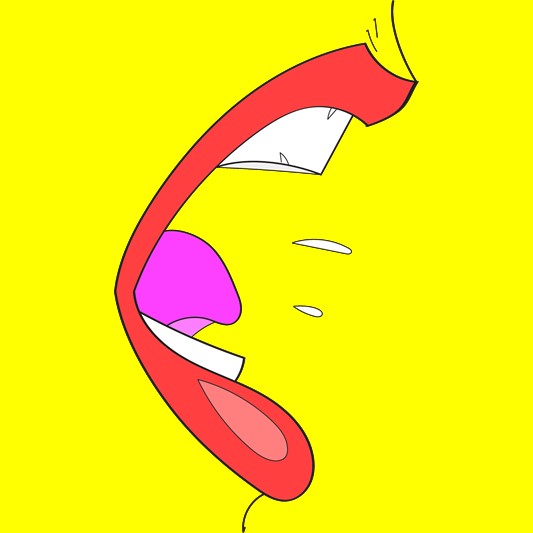 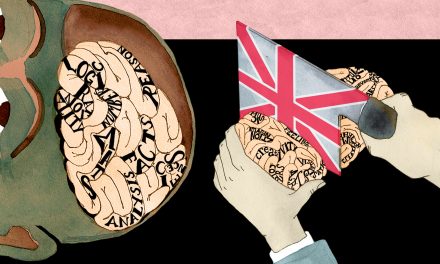 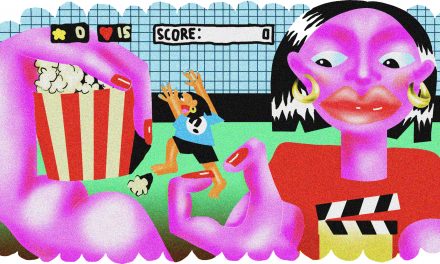 WHAT DO YOU MEAN YOU’VE NEVER SEEN *OLD MOVIE*? 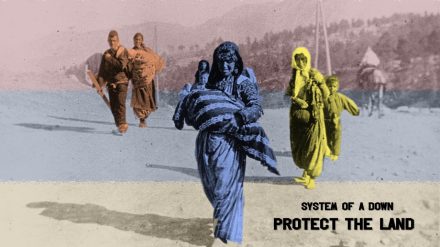 System of a Down Reunite After Fifteen Years – With a Message 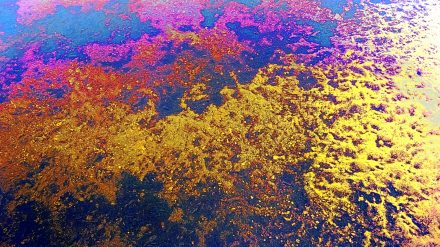 An Old Dog Can Learn New Tricks: An Interview With Antony Cecil-Wright: