Band of the Month: Catfish and the Bottlemen 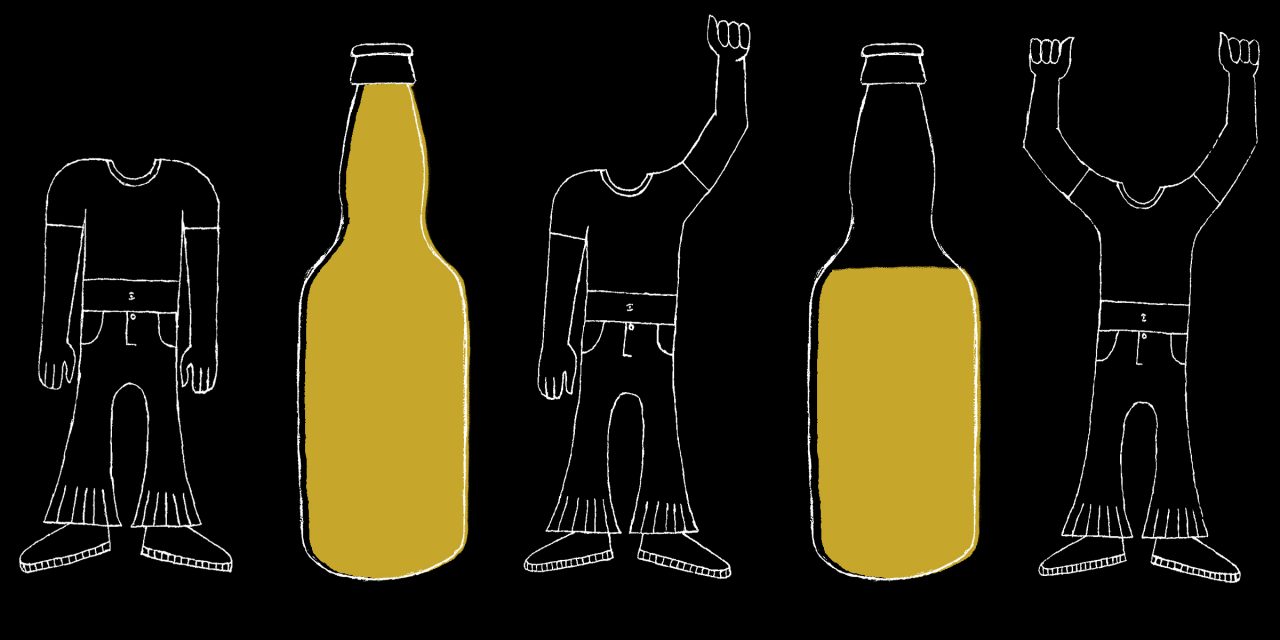 Welcome to Band of the Month, a new series here on Mouthing Off which aims to introduce our readers to some of our editor’s top music picks – both old and new.

At a time when live music may seem a faraway memory, we want to recapture the excitement for music and performance. It doesn’t hurt that we’ll be spicing up your playlist while we’re at it.

This month, our Arts Editor, Charlie Colville, will be talking about one of her all-time favourite bands, Catfish and the Bottlemen. A northerner herself (although she’d never admit it), Charlie’s pick highlights the musical talents of those living north of the Watford Gap.

And where better to start than northern indie giants, Catfish and the Bottlemen?

Who are Catfish and the Bottlemen?

Currently made up of members Van McCann, Benji Blakeway, Bob Hall, and Johnny Bond, Catfish and the Bottlemen are an indie rock band hailing from Llandudno, North Wales.

The band was formed by Van McCann and former guitarist, Billy Bibby, back in 2007, when both were still living in Llandudno. Benji Blakeway and Jon Barr later joined on bass and drums respectively, although Barr was later replaced by Bob Hall in 2010. Bibby also left the band in 2014 to pursue other musical ventures, leaving Johnny Bond to take his place and form the current line-up we see today.

Despite having gone through a few member changes since their formation, the core sound of Catfish and the Bottlemen – of wailing guitars, crashing drums, and catchy choruses – has remained a constant. Since their explosive debut on the UK charts with the energetic alt rock track, ‘Kathleen’, Catfish and the Bottlemen have only continued to rise within the ranks of indie music.

But why ‘Catfish and the Bottlemen’? The name comes from one of Van McCann’s earliest music memories. Despite growing up in North Wales, the frontman was born in Australia. From his time there, McCann recalled a street busker in Sydney who played beer bottles strung with a wire. His name, Catfish the Bottleman, was a reference to his spiked beard.

McCann used this memory as the inspiration for the band’s name, and even reunited with Catfish the Bottleman back in 2015.

So They’re “Indie” – But What Do They Sound Like?

Catfish and the Bottlemen’s music style is often characterised as “an energetic alt rock” that erratically balances between an edgy lyricism and catchy beat.

The band made the decision to avoid following the direction that mainstream indie rock seemed to be going in the early 2010’s, led by the likes of the Arctic Monkeys and Kasabian. Rather than try to adapt to an ‘artsy’ sound and aesthetic, Catfish and the Bottlemen focused on nurturing a rougher, anthem-based sound that emphasised heavy drums and guitar solos.

Despite this, McCann’s vocals have often been compared to indie rock legends such as Alex Turner and Liam Gallagher. From what I’ve listened to though, McCann’s is less of a polished sound. His vocals are admittedly much rougher, and the frontman is definitely not afraid to growl out the lyrics at the climax of a song.

Catfish and the Bottlemen are also known for using a much more extensive vocabulary than generic pop music – and I can honestly say that there have been numerous occasions where I’ve had to look up certain words on Google. However, rather than deter listeners, this has become a clever tactic in developing the band’s identity and readability amongst fans. You know it’s a Catfish and the Bottlemen song if you don’t know what some of the words mean.

I’m taking this from my experience following the band. “You’re sympatico” will forever be a phrase I associate with Catfish and the Bottlemen.

One of McCann’s most quoted statements summarises the angle the band strive for:

This refers to Catfish and Bottlemen’s music seems to juxtapose a refreshing rawness and with familiar – and often nostalgic – frameworking. While this formula isn’t necessarily ground-breaking, it’s ear-catching and a good listen.

In recent years, Catfish and the Bottlemen have reached a level of success that has earned them the label of one of the most popular 21st century rock bands to come form the UK – and if not the UK, definitely from Wales.

All three of Catfish and the Bottlemen’s albums have reached a Top Ten position in the UK Albums Chart, with The Ride and The Balance reaching Number 1 and Number 2 respectively.

Pre-Covid, the band had toured globally and performed regularly at festivals like Lollapalooza, Galstonbury, Latitude, Reading and Leeds, and T in the Park. Their music had found a comfortable home on BBC’s Radio 1, and the band were quickly building a fanbase amongst edgy music connoisseurs and festival-goers alike.

2016 saw Catfish and the Bottlemen awarded the Brit Award for British Breakthrough Act, an accolade that only certified their growing popularity amongst a more mainstream audience.

Nevertheless, criticism – as is the way with music – is still rife. Peter Ross of The Times described Catfish and the Bottlemen’s most recent single, ‘Longshot’, as “typical bang-average indie-ish rock” and went on to say: “What they lack is truly great songs.”

A bit harsh, if you ask me.

It seems that bands – particularly bands that label themselves as breaking away from musical norms – are often given the criticism of being unoriginal or too alike to someone else. This also tends to open up the question of just how alternative their music is if it’s accepted in mainstream media. You can’t be creatively unique and popular at the same time, apparently.

‘At A Glimpse’ Track Reviews

As Catfish and the Bottlemen’s most successful song to date, ‘Kathleen’ is at the top of my list of recommendations if you want to get a feel for the band’s sound. The song captures your attention within the first few seconds with a wailing guitar riff and drum build up, and the chorus doesn’t disappoint either. Changing the tone of the song into something more explosive – if not head-bangy – the chorus gives an unexpected energy boost that matches perfectly with a live audience. Loud, catchy, and engaging, ‘Kathleen’ is the kind of song that gets an audience on their feet and the floors rattling.

‘7’ has a good build up that quickly launches listeners into an energised mood. The chorus is chanty tongue-twister – “I don’t think through things, I never get time; because I don’t think things through” – that just works in a concert setting. Setting crashing instrumentals against drawn-out lyrics, ‘7’ sets the bar for songs you’d want to belt out at a festival.

From Catfish and the Bottlemen’s most recent album, ‘Longshot’ stays true to the band’s formula for concert-ready anthems. As you have likely gathered, the band characterises its sound with a gradual build into an explosive chorus. ‘Longshot’ is no different, using a strong bassline to give a greater emphasis to the pacing of the song. Although admittedly a bit a slower than other songs mentioned, Catfish and the Bottlemen’s latest track is still energetic enough to keep you glued to your headphones.

Seeing It Live… About 5 Years Ago

While live events aren’t the norm currently, I did get to see Catfish and the Bottlemen a few years back in Manchester. Taking the stage in Trafford Park’s Victoria Warehouse, I remember very clearly how electric the atmosphere felt – even as I was squashed between a load of people who were much older (and much taller) than I was.

Catfish and the Bottlemen didn’t waste time introducing songs and ramping up the crowd – they didn’t need to. The sardine tin that was the warehouse was thrumming with activity: jumping, dancing, shouting, singing, arm-waving, smoking, and lots of beer slinging. Everyone was chanting to the songs, and the energy the band gave seemed to be returned twice-fold by the audience.

To summarise, it was an overwhelming sensory experience, but a bloody brilliant one all the same.

Catfish and the Bottlemen’s last album was released in the summer of 2019, with tours and shows scheduled for the majority of 2020. As the known story goes, however, coronavirus bashed us all on our arse and robbed many groups of their ability to tour. The absence of live music has never been more apparent, especially as we see more and more musicians pushing back tours by years rather than months now.

I’m excited to go to live shows when they eventually start back up, but for now I hope that spreading the word about the musicians I love can keep the hype alive for when they get back on the road.

Listen to Catfish and the Bottlemen below!

Looking for more music to spice up your playlist? Head over to Mouthing Off’s Music Section. 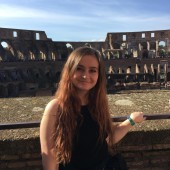 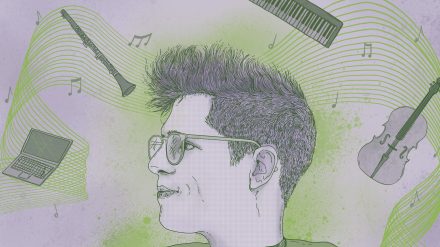 “I Live, I Learn” – Keeno’s Latest Album Shows That Not Everything Has Changed In 2020. 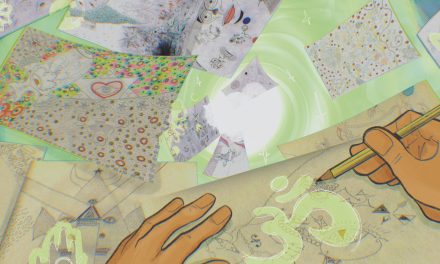 Milen Stoyanov: “Whatever I Draw is Full of Love and Compassion” 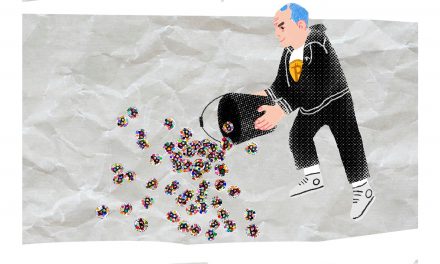 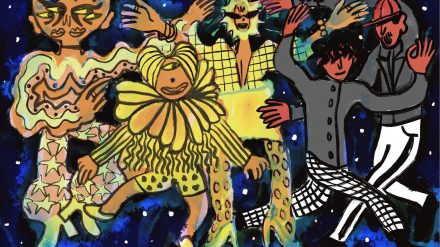