Zach Black is one of the most preeminent Satanists on the internet. Since joining YouTube back in 2009, he has accrued over 50,000 subscribers across his two channels – Satanic International & 30 Hits of Acid Guy.

His raw ‘vlogging’ style has managed to capture the imagination of both internet users and the wider public, in which his talks on Satanism, Drugs, and tales of humerous events & characters have enabled many to gain a glimpse into a world of strange and often un-discussed subject matters.

From posting videos on his time as a Cocaine Dealer, Sushi Chef, and a Limousine Driving Pimp to uploading long lost footage of Anton Lavey (author of the Satanic Bible, founder of the Church of Satan and the religion of LaVeyan Satanism) and discusssions on the intracasies of chemical experiences… As you might imagine, this is not a channel for the wet, politically correct mind but for those who are interested in hearing about matters on the fringe.

However, in late-2009 Zach would move towards mainstream recognition after his 30 Hits of Acid/LSD video went viral. Today, it has managed to attain nearly 7 million views and has become somewhat of a ‘cult classic‘ within the online drug community. Filmed in one take with a Wal-Mart handheld digital camera, Zach would tell of the time that he had been fed an entire dropper of L.S.D by a homeless man (a thank-you gift for leaving a binfull of baked buns unlocked) and his subsequent attempt to get home.

He would go on to gain further notoriety from founding the site Satanic International Network (S.I.N) in 2010. This aimed to grow the Satanic community Zach had established on YouTube and provide a place for Satanists in general to build freindships and discuss their philosophy.

Members have access to write their own blog, discuss a variety of topics on forums, and read resources from their very own Satanic library. Today it remains one of the most active Satanic platforms on the internet.

Zach’s continual dedication to this community would lead him to appear on Comedy Central’s The Jeselnik Show to discuss his views on Satanism in 2013. During his appearance he would learn about the existence of the Satanic Temple and would subsequently join their ranks and eventually become the head of its Portland chapter.

However, by 2015 Zach would resign from the Satanic Temple due to a disagreement with Adam Parfrey, of Feral House publishing. This confrontation was the result of Parfrey asking Zach to remove a series of links created by and for users of S.I.N for the purpose of accessing PDF files on Satanic literature. Who knew that Satanists would be so caught up on copyright law?

However, as Zach would share with us in our interview together, his decision to resign was due to more than this disagreement. Instead, it was the Satanic Temple‘s focus on using children within their campaign to fight against the culmination of church and state that was more troublesome. After asking Zach, as the head of its Portland chapter, to hand out Satanic coloring books into schools – red flags started to appear.

Today, Zach is still working on the Satanic International Network and frequently posts across his various YouTube Channels. He too remains to talk about Satanism and its encompassing philosophies, although to a lesser degree than when he came onto the platform in 2009. Instead, his channel has branched out into other areas and largely focuses on the psychedelic and story components that have remained consistent since he started producing videos.

To learn more about Zach’s life, philosophy, and thoughts on Art, Music, Film, and culture then make sure to check out our full-50-minute interview with him right here on this article or by heading to our YouTube Channel. 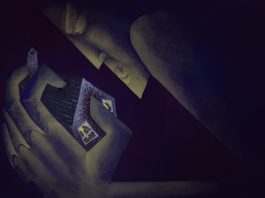 The Landlord From Hell | A Fight For Justice & Recompense 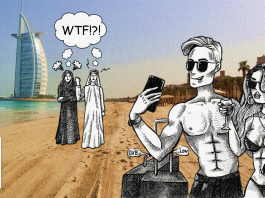 Is the Sand Whiter in Dubai? Influencers Marooned as Lockdown Measures... 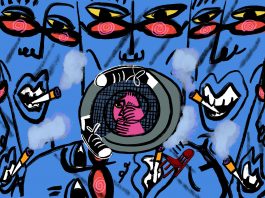