Jennifer Aniston Goes From Freinds to Having No Freinds.

Last week, Jennifer Aniston would reveal that she has recently been cutting ties with friends who have refused to get vaccinated against Covid-19.

The actress, 52, would take to her Instagram Stories to address her audience after receiving backlash over her decision.

Aniston would go on to respond to her commenters by stating that:

‘Because if you have the variant, you are still able to give it to me. I may get slightly sick but I will not be admitted to a hospital and or die. BUT I CAN give it to someone else who does not have the vaccine and whose health is compromised (or has a previous existing condition) – and therefore I would put their lives at risk. THAT is why I worry. We have to care about more than just ourselves here,

But Who Cares What Jennifer Aniston Says?

Now, before we proceed to breakdown the veracity of Aniston’s statements, it is worth highlighting why you should even care about them.

At first glance, it may simply appear to be yet another example of virtue signalling from yet another one of Hollywood’s acting elites. And while you would certainly be correct in thinking so, it too presents an interesting development in the ‘de-citizenship’ of the worlds un-vaccinated population.

Over the last few months, we have seen a rapid acceleration, at both the government and corporate level, to both directly and indirectly oust those who refuse to take the jab from ‘normal’ societal life.

By September, citizens of the UK will be required to take the jab if they intend to legally enter nightclubs and large scale events or exit the country to go abroad.

Today, even your job might be at risk if you don’t participate in the vaccination programme. On 6th August, it would be reported that CNN had fired three employees who violated company policy by coming to work unvaccinated against Covid-19.

While Aniston’s comments are neither enshrined in law or company policy, they could pose an additional threat to those who are unvaccinated if they begin to trend amongst the masses.

Ultimately, if work, activities, and holidays become inaccessible to the un-vaxxed, then one of the very few ‘privileges’ that would remain intact would be the pleasure of spending time with friends and family.

Aniston is not the first and unfortunately will not be the last to ‘un-friend’ the ‘un-vaccinated’.

Kate Mulvey, a middle-aged freelance ‘journalist’, who’s articles include such classics as, “It’s ‘cuffing season’ – and I’m on the hunt for a winter-only boyfriend”, “I’m one of the super-lonely suffering from skin hunger”, and “I tried to improve my health through veganism, but it made my life so much worse”, has written about how she is ‘disinviting’ her unvaccinated friends from her dinner parties – they must be gutted…

“Soon, as is now customary, we were swapping our vaccination stories – apart from one freind, that is, who kept very quiet. Because she has decided not to have the jab

When it was her turn to reveal if she was ‘Astra or Pfizer’, she said: ‘Neither, actually…’ When she caught our incredulous expressions, she explained she was against ‘putting stuff’ in her body and would take her chances with herd immunity.

The rest of us fell awkwardly silent and then changed the subject – but, later, I found myself fuming. I feel increasingly angry at those who refused to be vaxxed.”

Similar levels of cognitive dissonance were put on display at Good Morning Britain when co-host Adil Ray and TV presenter Nick Hewer admitted that they would ditch friends who have decided not to take the Covid vaccine.

While comments from President Biden, Gov. Gavin Newsom (California), Gov. Kay Ivey (Alabama), and many others have created further division by shifting the blame of the pandemic from Covid-19 to the unvaccinated.

‘We have a pandemic because of the unvaccinated, and they’re sowing enormous confusion. And the more we learn, the more we learn about this virus and the Delta variation, the more we have to be worried and concerned. And there’s only one thing we know for sure: If those other hundred million people got vaccinated, we’d be in a very different world.’

‘Too many people have chosen to live with this virus. We are at a point in this epidemic, this pandemic, where choice, individuals’ choice not to get vaccinated is impacting the rest of us, in a profound and devastating and deadly way. That choice has led to an increase in case rates, a growing concern around an increase in death rates, and self-evidently around hospitalisation rates.’

So, now that we’ve cleared up why Aniston’s statements (and those of other individuals in positions which can affect social attitudes) are ‘important’, it seems sensible to tackle whether her claims and the social repercussions that might follow are reasonable.

Well, yes… But so, could someone who has had the vaccine?

According to an internal report compiled by the Centres for Disease Control and Prevention (CDC) data has indicated that infections in vaccinated people can produce viral loads similar to those who are unvaccinated and infected with the variant.

For someone who has previously stated that she has no time for ‘anti-vaxxers’ or those who ‘just don’t listen to the facts’ when it comes to science, Aniston appears quick to throw out un-scientific remarks and blame those who deserve none… It’s a shocker I know – who would have thought that an actress buried away in the hills of Hollywood would be this out of touch or quick to judge others for their life choices.

Again, even if we do not go off the beaten track, analyse the data ourselves, or look to alternative sources for information, Aniston’s remarks are quite simply untrue. Even the CDC themselves have admitted that, ‘there will be a small percentage of fully vaccinated people who still get sick, are hospitalized, or die from COVID-19’.

Here we must really analyse how serious Covid-19 is as a threat against an individuals health.

Between June and July (2021) there were 9,718 reported deaths in the United States. During this period there were approximately 333,171,486 people living within this country.

In an effort to calculate the mortality rate we must take the number of deaths, divide them by the population size, and multiply this result by 10n; the exponent (‘n’) can be altered to any number in an effort to recieve a death rate per X number of people. 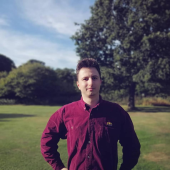 ‘The Most Diverse Cabinet in History’… But is that enough?

The Meghan and Harry Interview: This Isn’t Good vs Bad. There is Only Bad.

The Community Saftey Podcast | An Interview With Jim Nixon