The future of fashion begins with you.

From across the departure lounge, he found that his eyes had drifted to her again. She was maybe twenty, twenty-two at a push and so effortlessly beautiful that he struggled to make complete eye contact. Everything about her looked natural, from her smile down to her petite breasts. In her hands she showed off a new designer lipstick, a bold $99 encroaching onto her elbow. Before the electronic board changed back to a patronising advert for hemorrhoid cream, he decided the Model’s lips would be better off untouched.

Jeff Sanderson glanced down at his cellphone. Dead. Charger left back at the hotel room. Damn. He hadn’t called Mrs. Sanderson since he landed in Albuquerque a little over a week ago. On the flip side, she hadn’t called him.

His line of work didn’t cater to family life, and he couldn’t understand why his wife hadn’t left him yet. Any other woman would have wised up by now. Why his was the exception he didn’t know, but he doubted it had anything to do with loyalty or even access to his earnings. She wasn’t stupid. She could remain financially secure and likely take him for a whole lot more in divorce. A no brainer if she wanted more, but she had enough of his money already to make divorce seem like a waste of time. Time that could be spent having an affair. Maybe with the mailman or the young Mexican across the street. It was a farfetched theory; there was no real evidence to suspect infidelity, but such scenarios did occasionally occur outside the melodrama of daytime soap operas.

In his peripheral vision, the electronic board changed again.

Jeff grimaced. If his wife were fucking another man, she wouldn’t have to do much to hide it. She wouldn’t need to leave him either, just put up with him for the few weeks a year he was back home. Then again, she was long past it now. Her tits had begun to sag, and she had taken to disguising middle aged wrinkles with layers of thick makeup. Pennywise style. If she had somehow managed to get laid with a man that wasn’t him, maybe he was the real clown.

He stared up towards the advertising board. This time he met the eyes of the lipstick woman. Organic blue eyes that expressed real emotion. The way she looked at him; it was seductive but caring at the same time. An expression that could be worn during passionate intercourse and over a heartfelt meal. Much more than any Mexican or mailman could offer.

Jeff gathered up his belongings and stood up from the chair. As the hemorrhoid advert slid back onto the screen, he made his way further into the departure lounge.

The seats next to the woman were almost all occupied, but he nevertheless found one next to a family of four, all wearing matching Disney World shirts. It was sickly sweet. The two kids’ eyes balled him as he sat down, pretending to be too invested in the strap of his briefcase to notice.

He waited two cycles of adverts before approaching the board.

As he examined the woman closer, the Disney family were talking shit about who screamed the loudest on Splash Mountain. The youngest kid was making a pretty strong case for his father. Their laughter was annoying, but at least they didn’t question his sudden interest in lipstick. His eyes darted back and forth. He wasn’t sure what they were looking for until they fell upon a name.

As the conversation shifted to who got the wettest, Jeff sat back down and took out his laptop. He typed her name and the lipstick brand into the internet browser.

‘Daddy got the wettest I saw him! He was sat in the front seat!’

Jeff cringed. He was suddenly overcome by embarrassment. Taking a look around, he re-read the search results.

Plastic is the new fantastic? Meet the android encouraging women to upgrade their look.’

Jeff snapped the laptop closed. The kid stopped talking for a moment and looked over at him. He frowned and then started whistling Zippity doo dah.

Glancing down at his watch, it was still 2 hours before his flight was due. Still time to buy an overpriced charging lead.

As the haemorrhoids advert took its place on the board, he wondered if Mrs Sanderson would even answer the phone.

Three heads are always better than one.

Paul arrived home from work to find each member of his family had turned into him. His six-year-old son came to greet him wearing an ill-fitting business suit, the clip clapping of leather shoes echoing around the hall. He knelt down to hug him and caught the sweet scent of cologne. Interesting. Junior normally smelled of dried play dough. Ruffling his son’s new hair, Paul removed his suit jacket and tossed it in the linen basket. He noticed the absence of his wife’s lingerie immediately. From where he was standing, it seemed her panties had transformed into his favorite Calvin Klein boxer shorts. It was strange… but he had been meaning to buy more pairs.

‘What an unusual phenomena!’ He thought as the smell of cheeseburgers wafted in from the kitchen. Weird. Maybe she had finally seen sense and kicked her annoying obsession with healthy eating. Thank Christ! One more night of pretending to enjoy pasta salad might have sent him over the edge. Sure enough, when he made his way into the kitchen, Paul found his wife seasoning three succulent patties. The beef smelled expensive, not like that cheap shit she bought on treat days. Her masculine appearance confirmed his earlier suspicions. She too had turned into him. Taken aback, he slumped down at the dining room table and examined her new body closer. The combed hair, the toned chest, the moisturised skin; everything about her was identical to him.

And she looked more beautiful than he had ever seen her before.

On the first night, the three Paul’s played a friendly game of poker. Paul won of course, but Paul Junior came in close second. Attaboy! His sudden interest in gambling made a nice change from watching SpongeBob SquarePants on repeat every evening. After the game, he tucked Paul Junior into bed and for the first time in years, went back downstairs to drink with his wife. She was far more interesting than usual. Over cans of beer, they talked for hours about sports, the hottest Playboy models, and if Paxton at work was going to get fired for racially abusing the janitor. They decided everyone had done it at some point. Paxton was just careless enough to get caught.

They fucked that night and Mrs Paul new exactly how to please him. It was the best sex he had ever had.

Months went by and Paul decided he liked his new family a whole lot better than the old one. For the first time he felt as if he could be himself. No more marriage counselling, bed wetting kids or boring trips to the beach. Everything was perfect.

Until the day he forgot who the original Paul was.

After sleeping in one morning, Paul awoke from a bad dream to find he no longer knew his purpose. He couldn’t remember if the last time he went into the office was three days or three months ago. However long, the phone had not rang once to question his period of absence. In the bathroom across the hall, the toilet flushed and one of the Pauls stepped out. He leant back, stretched, and picked up his leather briefcase from the floor.

‘Bye honey.’ The Paul shouted. ‘Make sure dinner is good tonight. Cheeseburgers on the table by the time I’m back!’

Paul climbed out of bed and went groggily towards the bathroom. As he walked in through the open door, the smell of his own shit drifted in through his nostrils. Before closing the door, he stopped the other Paul on his way down the stairs.

‘Hey er – what are you doing here again?’ Said Paul.

‘Taking a shit, what’s it look like?’ He replied. Laughing to himself, the Paul went downstairs, opened the front door and left the house.

As Paul heard the sound of his car driving down the street, he decided his own humour wasn’t funny anymore. 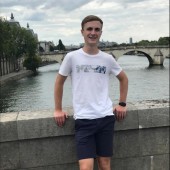 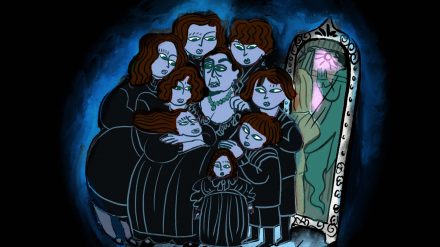 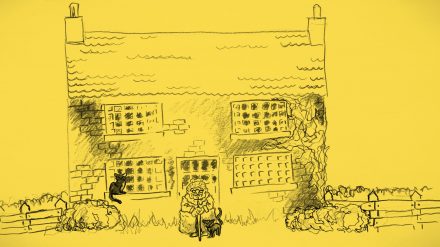 The People vs Eloise Finch 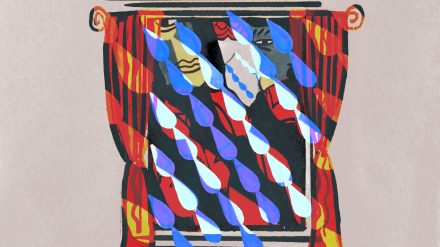 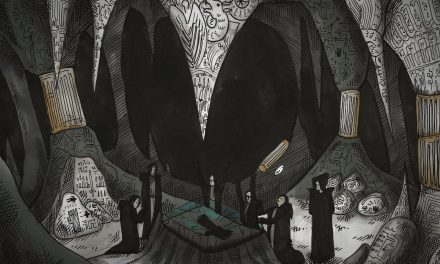 The Lost Prince: Part V – The Protector of Ashenmore (Pt. 1)