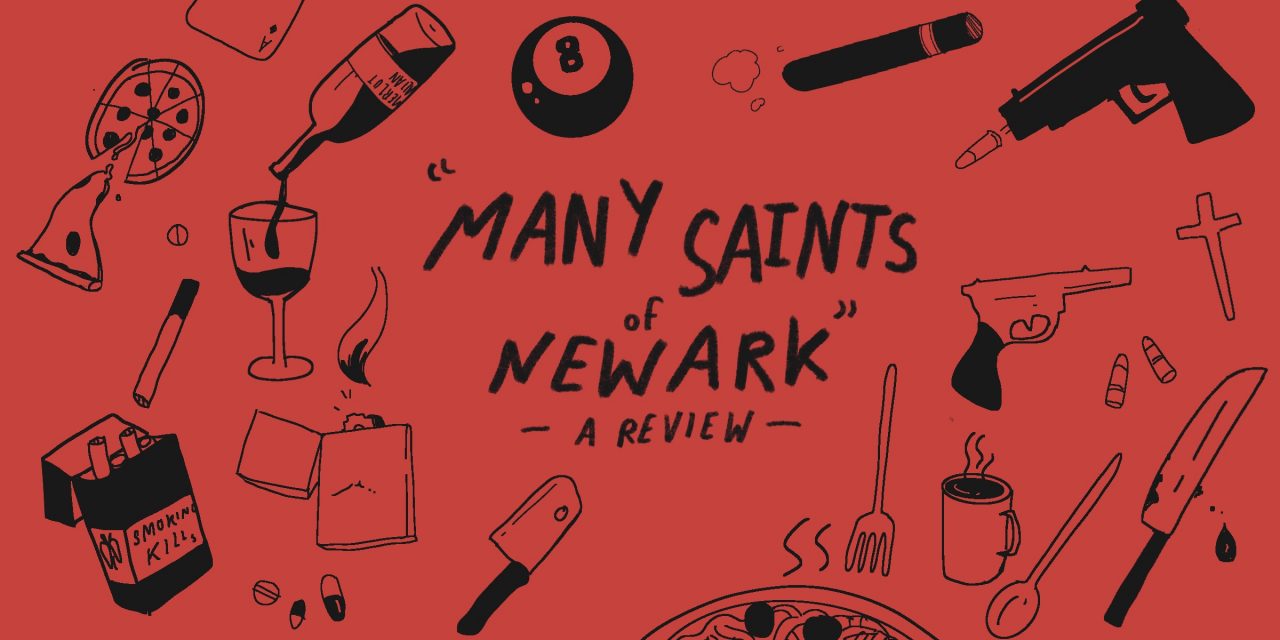 The Many Saints of Newark, David Chase’s feature-length look back in the Soprano crime family saga, bombards the audience with a myriad of great performances, contemporary themes, and neatly tied loose ends, but it struggles to capture the genre-altering essence of the show in its two-hour runtime, relying heavily on fanservice, callbacks, and one too many Ray Liota appearances. Stating the obvious—this is a movie, not a T.V. show, and in its attempt to have its tiramisu and eat it too, Many Saints, unfortunately, bites off more than the runtime can chew.

“It isn’t a young Tony Soprano story. That’s in there, but that’s not what it is. That’s a sales device which I don’t approve of.”

The movie premiered Friday, October 1st, on HBO streaming and in theaters, something Chase, the creator of both the television series and film, was vocally against, saying the movie was meant for theater viewing (here is where I’ll admit I watched on a meager 55-inch T.V. at a viewing party complete with gabagool pizza and gas station merlot in Houston, TX). And while advertisers prominently promoted Michael Gandolfini’s role as a young Tony Soprano (even advertising with the subtitle “A Sopranos Story”), it is clear from the first line of narration that this is not a Tony Soprano story—this is a Dickie Moltisanti and Harold McBrayer story. Moltisanti, played by Alessandro Nivola (who you might know from American Hustle or, for the true purveyors of film, his role as Pollux Troy in the 1997 plastic surgery suspense thriller Face/Off), is at first glance a perfect foil to his adversary played by Leslie Odom Jr. from One Night in Miami and Broadway’s Hamilton.

The two characters weed their way through the tumultuous 1967 Newark race riots while juggling families, struggling for power, and fighting to stay alive. The narrative arc, seamlessly portrayed by Nivola and Odom, evolves to show the men as two sides of the same coin. While Moltisanti attempts to safeguard a growing crime family’s hold in an everchanging Jersey, all while his boss Johnny Soprano sits in jail, McBrayer copes with the complicated existence of black people across America and his desire to take action in an effort to take control of his territory away from Moltisanti, his former confidant. The relationship and film’s climax ends with an O.K. Corral fashion gunfight and McBrayer possibly sparing Moltisanti.

“We thought about a young Tony story, and Larry, in particular, said I don’t want to do a teenage movie, so we decided we needed to make a separate movie. Because we never saw Dickie Moltisanti (in the television series), or at least we never knew Dickie, that was a whole thing that could be told. And that he would be as central, and as strong, and as badass, and as smart, and as stupid as Tony Soprano. We wanted a gangster.”

In many ways, the tensions of the time reflect contemporary American issues and made for some compelling drama throughout the movie, but instead of capitalizing on these moments and powerful performances, the film pushes Easter eggs and episodic callbacks to fill the runtime.

Vera Farmiga is eerily excellent as Livia Soprano, and I could do with a separate feature film consisting of only Junior Soprano, played by Corey Stoll, downplaying Tony’s athletic prowess. Both actors bring a youthful yet familiar version of their character to life through ticks and dialogue. They were a revelation, not a distraction. What was distracting were the overzealous and redundant portrayals of Silvio Dante and Paulie Walnuts. The two beloved characters are a bit cartoonish in the series and a tough act to follow, but actors John Magaro and Billy Magnussen’s time on screen can best be boiled down to impressionism. I’d expect to see a similar performance at a Sopranos-themed murder mystery party, which is probably not the actors’ fault but an indelible caricature from 1999.

Similar to Magaro and Magnussen, Michael Gandolfini had an impenetrable assignment trying to recreate his father’s magnetism and vulnerability in Tony Soprano. I was admittedly thrown off by how jarringly similar the two look and Michael nailed some facial expressions—like a slightly closed eye from time to time, a trademark of Tony’s. However, I can’t help but think the portrayal was a backdoor cover at best. Exactly how much was nature versus nurture, I cannot surmise, but someone had the have the balls to play a young Tony, and you can’t go too wrong with a biological set.

Ray Liotta plays two characters, Aldo “Hollywood Dick” Moltisanti and his imprisoned, jazz enthusiast brother Salvatore “Sally” Moltisanti, which never appear on screen at the same time and both look exactly like an aging Ray Liota—one with, one without deep black mascara. Dickie Moltisanti kills his father, Hollywood Dick, in a chivalrous moment of selfishness before nabbing his mother-in-law as his GOO-MAH, and then Dickie turns to his uncle and father’s twin Sally. He visits him off and on in prison, often reviewing good deeds he’s attempting in the community to reconcile with a past that Dickie struggles to completely reveal to his uncle. One such instance, a fever dream involving a blind baseball team sees Dickie playing the Hardball Keanu Reeves savior manager. Liotta, a mainstay in the mobster multi-verse, has the same gruff, brooding tone and appearance for both characters which confused me as I slipped into the grog of the fourth glass of Texaco Gas and Sundries’ best vintage. In some ways, Sally is this movie’s Dr. Jennifer Melfi—a springboard for simple, first-person narrative and character building. We learn enough about Dickie through these confessions, but mostly information we already knew, which brings up the key dilemma viewers need to reckon with: it’s a two-hour movie. Not an 86-episode television series released over nine years.

Chase has not been shy about his desire to direct feature-length films and move away from television in the past. And while he was dealing with a personal matter and wasn’t able to direct Many Saints, Chase had his hand in the writing process and selected a successful Sopranos director, Alan Taylor, to steer the ship.

As a standalone film, it works. In that vein, it might be better to have a vague recollection or even little knowledge of the series before seeing the movie. Sure, you might miss the reference to the Moltisanti family’s history with crows, or be confused by Johnny Soprano blowing a hole through his wife’s bonnet with a Glock, or not relate to or foresee Dickie Moltisanti’s inevitable death, but there’s a chance that makes it all the more enjoyable. The problem with a standalone period piece gangster story is what’s in the other corner—Scorsese’s Goodfellas and Coppola’s Godfather. With those in mind, what might feel like a fun-filled Easter basket in Many Saints, gets hung out to freeze in a meat truck underneath the Jersey Turnpike.

In the final meaningful scene, we figure out what we knew all along: Junior Soprano is the undisputed King of Television Uncles, Phil Banks and Tobias Fünke rounding out the top three, and Junior caps the movie off with yet another callback, albeit a quintessential gangster moment that many fans were probably hoping for. In what many times feels like a film adaptation of a literary work, the fanservice and confusing set-pieces rule the streets.

The Many Saints of Newark

Summary I give it 2 Blind Baseball Base Hits out of 5. 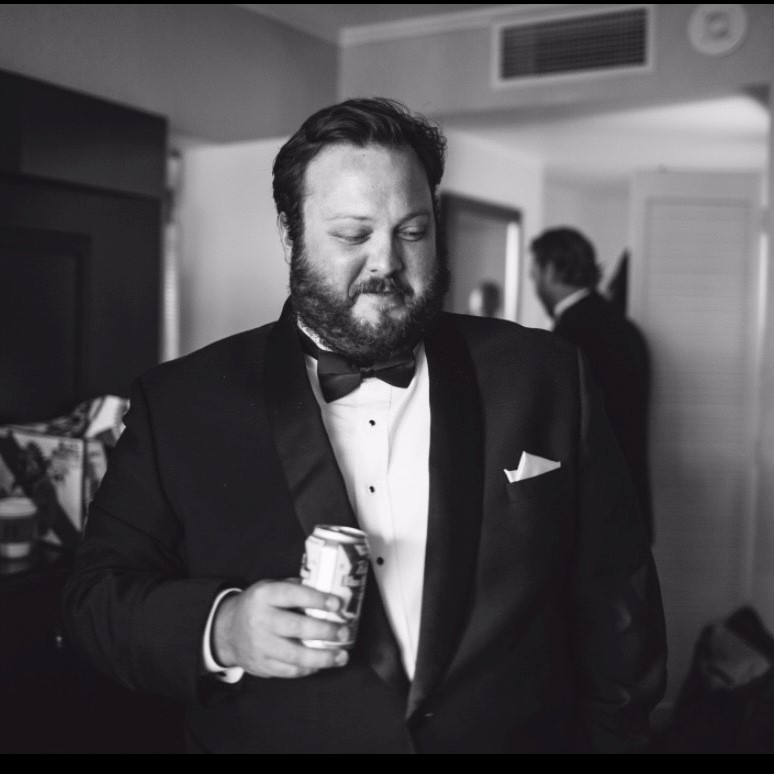 C.E. O'Banion is a graduate of Louisiana State University's undergraduate arts program and law school. He is currently teaching fiction and creative writing at Antioch University in Los Angeles. O'Banion has held positions within several publications, including The Southern Review Literary Journal, The Houston Chronicle, and The National Enquirer. O'Banion is the politics editor of Mouthing Off Magazine and contributor in fiction and prose. He's got a wife, two kids, and a cat named EZ Mac. 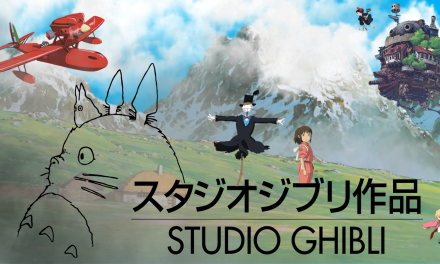 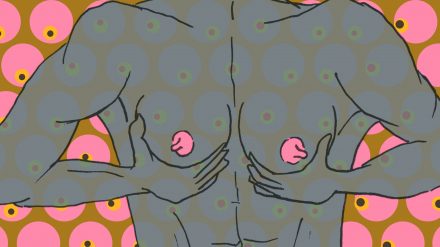 ‘Men With Tits’: The Struggle Of Writing Strong Feminine Characters

How Kubrick Stole Christmas – An Analysis of Eyes Wide Shut