Time for a South Asian EU? 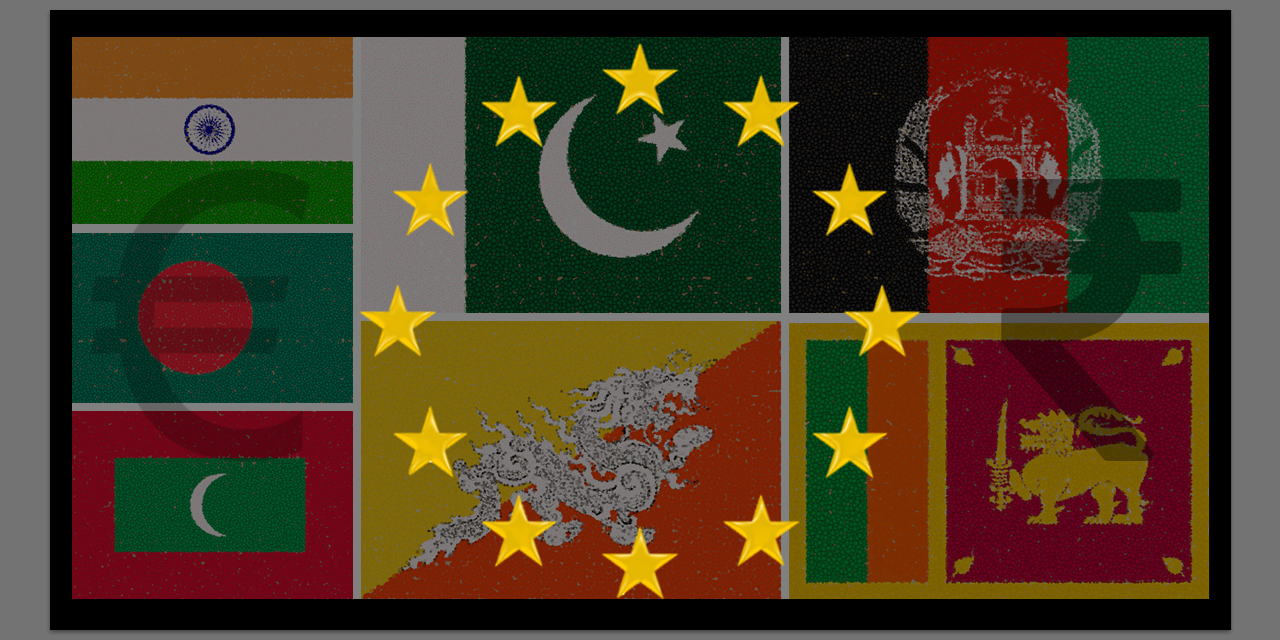 Home to the elegant muslin of Dhaka, the mouth-watering spices of India and the shiny copper and bronze metallurgy of the Indus valley civilization, South Asia has, for the better part of its history, been an enticing international economic hub for traders, merchants and travellers who happened to pass through these lands to other destinations. We all remember that chapter in our middle school history books about the explorers who risked their lives and attempted a voyage to the Indian subcontinent by experimenting with an alternate route by sea in attempts to bypass the highly-taxed journeys through Arab lands: The Portuguese sailor, Vasco De Gama who sailed all the way south around Africa through the dangerous Cape of Good Hope? Christopher Columbus who by trusting the spherical theory of Earth, sailed west to find east? Just like people today seek the American Dream, the Indian Subcontinent was once home to the Indian Dream, the land of prosperity and the land of opportunities. Instead, it is the South Asians today that make up a large chunk of the immigrants seeking the American Dream in the USA. South Asia has gone from attracting talent to repelling talent: that is a massive indicator of how far we have deteriorated.

Once united under British colonial rule, the former British India now finds itself divided into 4 separate countries: Bangladesh, India, Pakistan, and Myanmar. Bangladesh, India, Pakistan, Afghanistan, Maldives, Sri Lanka, Nepal and Bhutan would, in 1985, come together to form the South Asian Association for Regional Cooperation (SAARC). While this organization was created to promote unity and collaboration between nations it has merely devolved into a bunch of hand-shaking ceremonies for the leaders of its member states – it hasn’t delivered anywhere near what we expected of a united and integrated South Asia.

The unity that was present before the Partition in 1947 is now all but gone and seemingly has very little chance of seeing a revival. The history of this region has since then been marred by wars, conflicts, refugee crises and territorial disputes. Afghanistan shows no signs of adopting a sustainable and workable state-building policy, while Pakistan continues to be a safe haven for extremist terrorist groups. A secular state by constitution, India is now sliding towards becoming a Hindu-rashtra (a Hindu state) as tensions between Pakistan and India, over the sovereignty of Kashmir, show no signs of cooling off. During the Partition of India in 1947, the founder of Pakistan, Muhammad Ali Jinnah said that India and Pakistan should share a border like that of the USA and Canada, however, what remains is the second-most heavily militarized border in the world today. The Rohingya refugee crisis seems like a tunnel with no end as the economic pressure mounts on Bangladesh. Nepal and Bhutan continue to have unresolved border disputes with India and Sri Lanka, and as of yet, have not recovered from the wounds of the civil war. Governments in each of these countries, with the exception of perhaps the Bhutanese government, are ripe with corruption. One can only wonder what led to such chaos in this once flourishing region.

Is it time for greater integration in South Asia? Well, the Rashtriya Swayamsevak Sangh (RSS), a highly controversial Hindu nationalist movement in India, seems to have a plan. A map of India in the RSS office will show not just present-day India but rather what they call ‘Akhand Bharat’ (Undivided India), which comprises of present-day Pakistan, Bangladesh, Sri Lanka, Myanmar, Nepal, Bhutan and Afghanistan (basically the entirity of South Asia). On Al Jazeera’s popular Head-to-Head talk show, Ram Madhav, National General Secretary of the BJP claimed that this will be achieved through “popular consent”.

However, many believe that this is an impossibility. Could these nations really put aside their differences, sit by a communal campfire, and sing the political equivalent of ‘Kumbaya’? With their separation occurring just over half-a-century ago, their differences still remain vast. Afghanistan wishes to become an Islamic nation run by Sharia law, which amongst many things includes no co-education schools, whereas even Pakistan, a country found on the grounds of Islam, allows co-education schools, thereby following a more moderate version of the religion. Furthermore, there seems to be no reason why Pakistan would join the country they have so passionately separated from, especially since India’s recent and worsening record on minority rights. And while the Bangladeshi government’s closest ally remains to be India, the call for them to dismantle their sovereignty, would indefinitely be responded to with the deafening cry of ‘No’ by its people. The argument for “popular consent” still remains an unpopular one.

Although these countries have established trade relations with one another, they cannot seem to overcome their political differences. The South Asian Free Trade Agreement (SAFTA) signed in Islamabad, Pakistan in 2004 promised increased economic cooperation in the region. However, the impact of this agreement has been far from a success. This has largely been due to its Sensitive List of requirements on goods that will not receive the benefits of free trade and Non-Tariff Barriers (NTBs), which ultimately destroy the very concept of free trade. In fact, Bangladesh, Pakistan, and Sri Lanka are known specifically to make extensive use of paratariffs (additional costs imposed on imports besides the tariffs themselves). Many of the smaller economies within this agreement are worried about losing one of their main sources of tax revenue. However, they have failed to understand that the long-term benefits of this agreement might outweigh this drawback.

Is it time for South Asia to create its own version of the European Union? A desi (South Asian) union? Or at least any union that brings about more integration than the current state of affairs? The European Union is today a political and economic union between its 27 member states. Since politics in this region are not something to be very optimistic about, we should perhaps push for an economic union first.

An economic union should be a relatively easy and conflict-free process to implement in comparison to a political union. However, this has often been hindered by our own personal prejudices and governmental insecurities. As a Bangladeshi citizen, I have repeatedly heard the sentiment, “No, I won’t trade with Pakistani businesses as they killed many of our people in 1971.” Yet, while this issue had seemingly been solved through Pakistan’s recognition of Bangladesh’s sovereignty in 1974, it has still remained to be an issue. This is stopping us from becoming a more united region. Further integration on an economic, diplomatic and social level will be highly beneficial to all countries in this region. It can increase intraregional trade, lift people out of poverty, create employment opportunities, increase foreign investment from both within and outside the region and perhaps in the process, recreate the lost Indian Dream (South Asian Dream might be a more appropriate term now). It could provide a huge boost to the state-building process in Afghanistan; increase literacy levels in Pakistan, and provide a larger, friendlier, and more accessible market to Bangladeshi garment producers. In short, it can only be a win-win for every stakeholder in the region.

According to a World Bank report, intraregional trade stands at only 5% of the trade conducted by the countries of this region. This figure acutely demonstrates SAFTA’s lack of success. Our governments need to make some short-term financial compromises in order to achieve a virtuous cycle of collective economic growth in the long run. It is a pity that this region is not able to enjoy the benefits of having some of the fastest growing economies in the world like India and Bangladesh.

Freedom of movement, however, will need to wait a little longer, since such an agreement at this current juncture could lead to a spew of terrorists from Pakistan and Afghanistan. However, visa liberalization, with appropriate security measures, could certainly be implemented. In fact, in a debate with the motion, “Can India and Pakistan ever be friends?”, the former Indian UN official and Congress member Shashi Tharoor confidently claimed that “we should open our doors and hearts to ordinary Pakistanis who have nothing to do with the Pakistani military’s establishments.” That should be the sort of rhetoric present throughout the entire region; we should all open “our doors and hearts” to one another, allow social inclusion, invite students of the region to attend our universities, provide a market for our talented workers, entrepreneurs and artists, increase intraregional tourism, coexist peacefully as one united region, and act with more authority as one united power on the world stage, just as the EU has achieved.

A political union, however, is at the moment not possible as it would require member states to have a common foreign policy. While member states can have components within their foreign policy plans that differ, they cannot have one that is the polar opposite to another. The political divides within the countries of this region are now relying on the creation of sub-regions; for instance, Bangladesh, India, Bhutan and Nepal has, through the BBIN (Bangladesh, Bhutan, India and Nepal) initiative, sought to bypass SAARC. Elsewhere, Pakistan has made its own free trade agreement with Sri Lanka. This has led SAARC to be referred to as SAARC minus 1 or SAARC minus Pakistan as Pakistan has consistently vocalized its lack of fondness for the leadership role that India has taken in this association.

That does not mean however, that we should stop dreaming of a political union. If in the future, if we are lucky enough to witness a peacefully negotiated resolution to the Kashmir dispute between India and Pakistan, there would be no reason to not have a political union and a common currency too (although a common currency and a common central bank does have its own disadvantages). Rather than waiting for things to get better, we should take one step at a time, starting right now. First, we should separate politics from economics; that is the single most important part. Then this must be followed up with an absolute free trade agreement and a policy of visa liberalization.Today, South Asia is the least integrated region in the world and that must change. We must overcome our personal prejudices and insecurities. We must remember our history and move towards the future with the hopes of bringing back our glorious past. There is still a lot that can be done. The South Asian Dream is still alive. 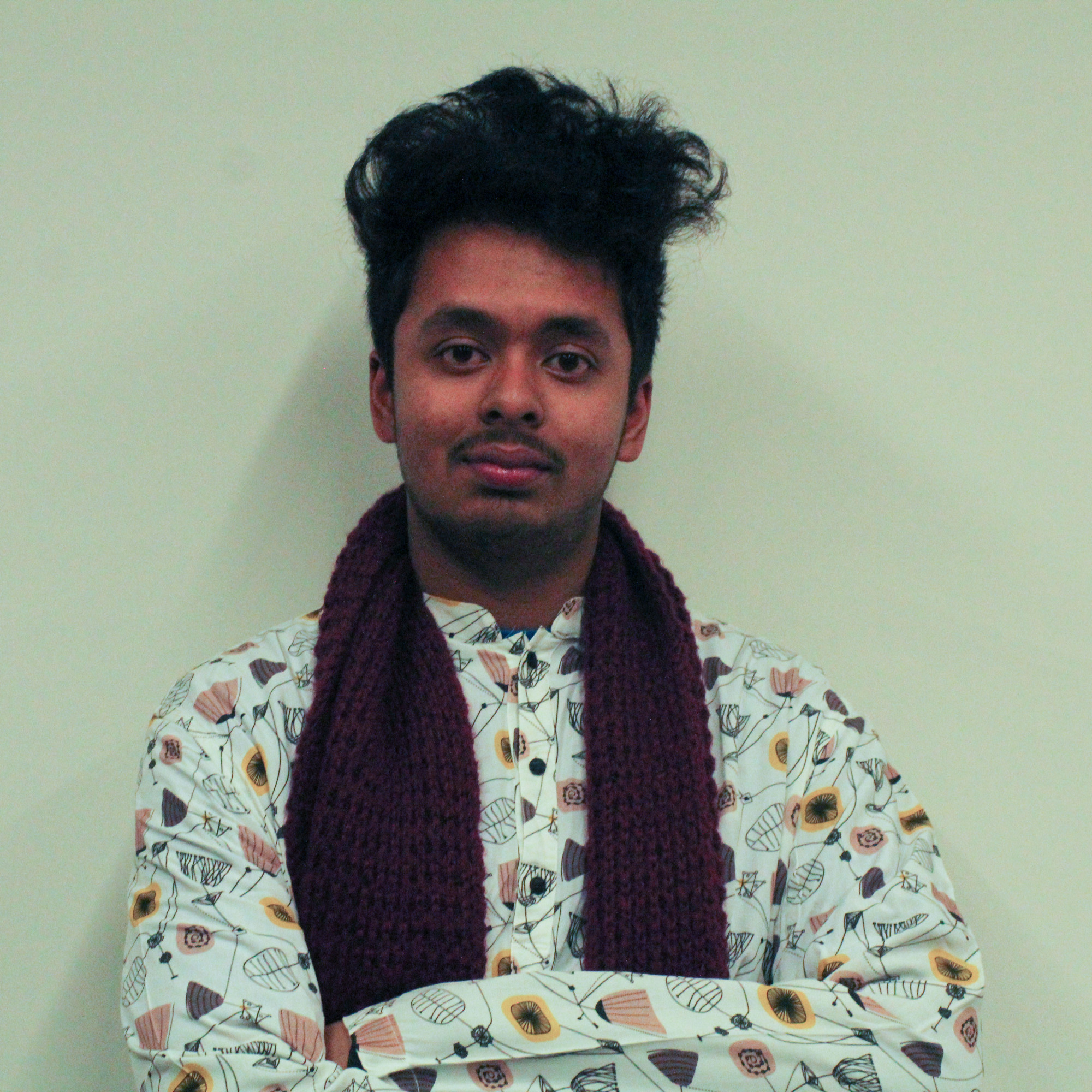 Hi, I'm Jabir. I am from Bangladesh and currently, a student at UWC Dilijan in Armenia. I'm very interested in economics, astrophysics, politics, and accounting. I play cricket to fight anxiety. 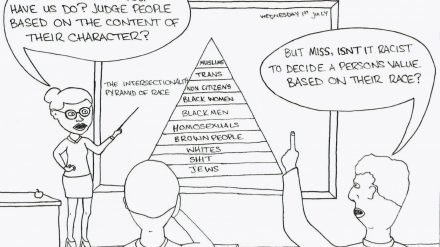 Where Next for Wokeness? 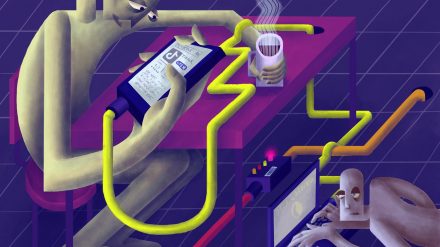 Is The Chinese Communist Party The Time Keeper of TikTok? 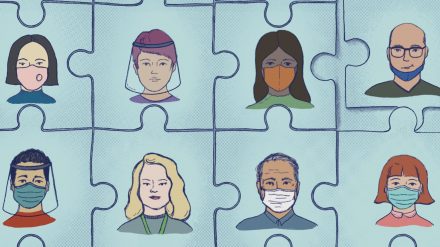 On Selfishness | Have We Been Too Quick To Judge During The Pandemic? 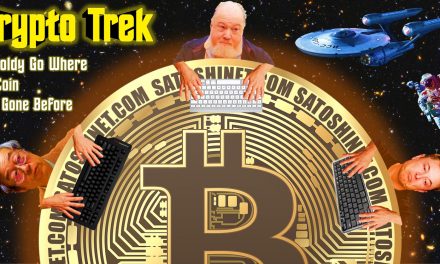