‘War is Peace’: A Brief Comment on the Nomination of BLM for the Nobel Peace Prize

The American satirical singer-songwriter Tom Lehrer once quipped that satire died when American statesman Henry Kissinger won the Nobel Peace Prize. If the reader of this short piece is unaware of the context justifying Lehrer’s remark, they would do well to read Christopher Hitchens’ The Trial of Henry Kissinger, which lays out the clearest case in favour of Kissinger’s arrest for war crimes as a result of his actions in the Vietnam War. Today, however, with the nomination (by Norwegian MP Petter Eide) of Black Lives Matter (BLM) for this same Nobel prize, it seems that satire is even more moribund.

Yet we must still, nonetheless, make some attempt to be satirical. Martin Luther King Jr and Nelson Mandela have been prior, and eminently deserving, recipients of the prize, but previous nominees have also included Josef Stalin and Adolf Hitler; even if the latter turned out to be a joke made in very poor taste.

Mother Teresa was too awarded this grand prize, and she was an individual who spent her entire life trying to keep the poor downtrodden in the belief that their social and economic standing was a mark of God’s love, all the while taking money from assorted crooks and scoundrels (see: The Missionary Position: Mother Teresa in Theory and Practice).

In other words, the prize has for decades been effectively meaningless, because it praises the genuinely virtuous and the appallingly vicious in the same breath. Its currency has long since been devalued. It’s only a pity that certain recipients of the prize over the years did not choose to return them. Perhaps they should follow the example of Marco Pierre White, who returned his Michelin stars after realising that those awarding them knew far less about the matters over which they claimed to arbitrate than the recipients themselves.

The so-far-unstated element of the argument being made here is that BLM has consistently worked towards violence, not peace. They have also consistently acted in a spirit of division rather than unity. It is unnecessary to tally the count of remarks made, and riots incited, by them which has resulted in such instability and grief over the past few years. Their stated aims, as well as the aims of their followers (however carefully disavowed), offer an abundance of evidence for both these claims, and anyone reading this will doubtless have heard about them, or else seen direct evidence of them.

Given all this, it doesn’t matter in moral terms whether BLM are eventually awarded this prize or not. The prize itself is meaningless. Morality will remain inviolate regardless of what the ignorant pseudo-progressivists want to believe. Yet if the award is attained (as I strongly suspect it will be), that fact will stand as yet another sign that even our everyday words, such as ‘peace’, are being corrupted from their true meanings into entirely different ones.

As a final thought, we might remember the slogan of the Ministry of Peace in George Orwell’s 1984: ‘War is Peace’. But then again, nowadays it seems as though the slogans of the other ministries are equally operational: ‘Freedom is Slavery’, ‘Ignorance is Strength’.

Is it a bird? Is it deranged? No-one knows. Dividing available time between university research and teaching, Brett keeps moderately sane by indulging in musical pursuits, penning non-academic pieces of writing, and experimenting in the kitchen

Trump’s Battle With The Courts: A Breakdown of Each Lawsuit by State 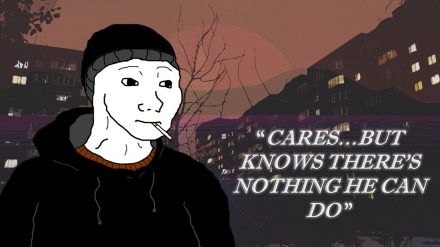 The Doomer: The Most Important Meme of a Generation?

Farage’s Latest Movement | What Will The Future Hold For The Reform Party? 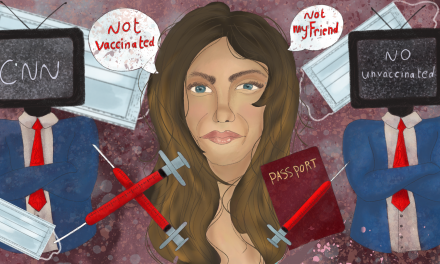 Jennifer Aniston Goes From Freinds to Having No Freinds.